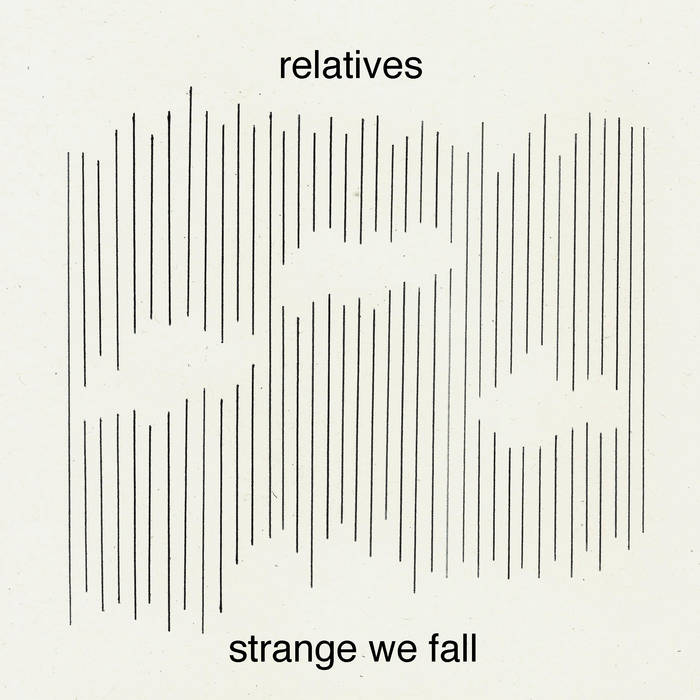 “Relatives is a rotating cast of characters. Katie Vogel and myself are always there,” says composer, arranger and guitarist Ian McLellan Davis. The duo met upon arrival to New York City in 2007 and have been singing and writing together since. With a focus on melodies sung in unison, Relatives has been known to incorporate winds, strings and horns into their music, but over the years, they’ve been paring down and turning inwards, exploring what can be done with less.

Strange We Fall came about by “not over-fussing for too long about something and just kind of seeing what comes out,” says Ian McLellan Davis. “I think we can get pretty ahead of ourselves sometimes and it’s more complex than we intend it to be. This was an attempt to really simplify and try the same idea for a while. And just coast, you know?”

Katie Vogel adds: “there was a quicker turnaround than usual between writing and recording; these songs still feel really fresh. What these songs are about, at least for me, are subjects I’m still processing. So, even the process of recording was part of working through. That was kind of strange. Usually, we’ll have worked on songs for a couple years and then record them.”

Bandcamp Daily  your guide to the world of Bandcamp

Featured sounds from Fly Lo and Ahmed Idris, plus Mother Nature hops on to drop off new project